In Mexico, Santa doesn’t bring gifts at Christmas. But don’t feel too sad for the kids, because Santa has his helpers, the Three Kings, and they do bring gifts on Jan. 6. Kids put their shoes out on the evening of Jan. 5, and gifts appear next to their shoes in the morning. Of course, these are the same three kings who followed the star and came bearing gifts on that very first Christmas.

Thinking about the three kings following that star got me to consider all the different ways the star is represented during the Christmas season. First, it was the inspiration for the original piñatas. These were seven-pointed stars, and my family still uses them for the traditional Posadas celebrated during the nine days leading up to Christmas.

Of course, in addition to these other stars, there’s that star on the tip-top of the Christmas tree too. We can’t forget that one.

All these stars got me thinking that a holiday craft project for the kids featuring a star would be great for them to do over winter break. It connects all our family’ Christmas traditions, including the Posadas, the Christmas tree and Three Kings Day.

So I went looking for a project, and what I found was all these great videos about making origami Christmas stars, which excited me because of the extra learning bonus origami delivers.

It’s easy to write off origami as just a hobby for passing time or, at most, a stress reliever. But that would be missing both the serious scientific applications and the mathematical insights it can produce. If you’d like more on this, I found a great article about how origami is being used for all kinds of scientific applications and how an ex-Cal Tech physicist from the NASA jet propulsion laboratory used his considerable knowledge of origami to come up with some cool solutions to some real problems.

As for the origami star videos, there are many on YouTube, but here are a few in case you want to try one with your kids. These are more appropriate for older kids, but you should be able to find simpler projects for younger kids on the YouTube sidebar for these videos:

1. I like this first one because the creator shows both how to make the star and how to fold it back up to put away for storage for next year.

2. I like this second one because it’s beautiful and is thoroughly explained by the young artist. It’s in two parts —part 1 and part 2.

3. This one is billed as a falling star, but I think it would adapt pretty well as a Christmas star. I like this video because, while pretty complicated, the demonstration is well done. I turned down the volume on my computer to mute the musical soundtrack, though.

So there you have it, the Christmas star, Three Kings Day, Posadas, Christmas tree stars, and origami all tied together with a bit of cool science thrown in for good measure.

What holiday craft projects do you do with your children? 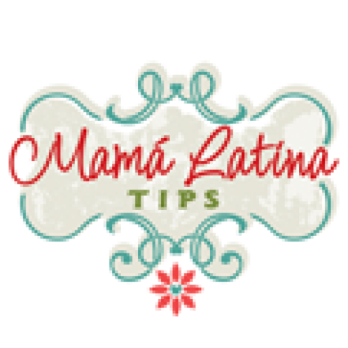 Silvia Martinez is founder of the award-winning, bilingual blog for moms, MamaLatinaTips.com, covering topics including food, parenting, beauty, bilingualism, fashion, finance, health and entertainment. She’s also editor-in-chief of Disneylandiaaldia.com, a Spanish language blog about the Disneyland Resort in California. Latism’s Bilingual Blogger of the Year for 2011 – 2012, she was recently named one of the Top 10 Best Latina Mommy Bloggers and Top 10 Parenting Bloggers by Latina magazine. She lives now in sunny California with her husband and two sons. You can find her on Twitter, Facebook, Google Plus, Instagram and Pinterest. Come and say, “Hola!”